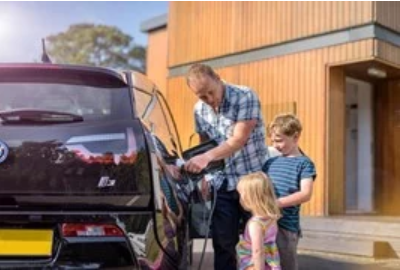 The plug-in grant for certain electric vehicles (EVs) has been cut with immediate effect, after funding was secured for another three years.

The Chancellor, Rishi Sunak, announced in the Budget that the extension to the plug-in car grant would be funded thanks to an additional £403 million.

A further £129.5m would be provided to fund the plug-in grants for electric vans, taxis and motorcycles up to 2022-23.

Fleets and car buyers were given little warning of the cut, with the new plug-in rate published hours before the changes came into effect for orders placed on the portal after 11:59pm yesterday (Wednesday, March 11).

The Government says that it will allow more drivers to benefit from making the switch for longer - it effectively gives provision for another 134,000 cars - and it will continue to keep the rate of the grant under review.

Fleet representative body ACFO had initially welcomed the Budget announcement confirming the extension of the plug-in car grant to 2022-23.

The plug-in car grant scheme was introduced in 2011 to support the uptake of ultra-low emission vehicles (ULEVs). It was originally set at £5,000 for all eligible ultra-low emission cars but has been slowly reduced over the years.

In 2018, the grant was changed to focus on zero-emission cars. It was cut by £1,000 and fleets were told it would no longer apply to hybrid cars with a range of less than 70 zero emission miles.

The Government said then that the reduction in funding - from £4,500 to £3,500 - for the cleanest cars, and withdrawing the grant completely for the likes of the Mitsubishi Outlander PHEV and the Toyota Prius plug-in, was a sign of its success.

Indeed, Government figures show it has supported the purchase of more than 200,000 ULEVs of which more than 100,000 are zero emission vehicles.

Michael Woodward, UK automotive lead at Deloitte, said the decision to extend the plug-in car grant to 2022-23 was a welcome addition to this Budget.

“As consumers continue to make the switch to electric vehicles, and with around 30 new models being launched in the UK this year, we are on the verge of a tipping point, which could see EVs enter the mainstream,” he said.

“Financial incentives have proven to be a key factor in driving EV growth in countries like Norway and the Netherlands, aided by additional incentives such as priority parking spaces and city access. A similar strategy in the UK could help stimulate further demand.”

The Climate Group, which through its EV100 initiative aims to bring together large business to accelerate the switch to electric transport, says that incentives are still needed for those fleets who are willing to absorb the upfront costs of buying these vehicles first-hand.