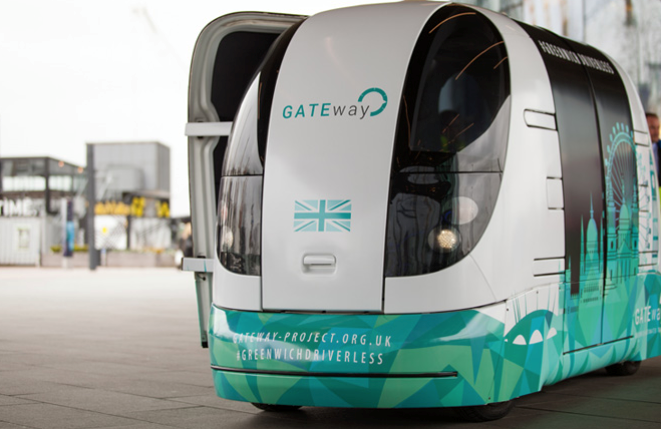 Westfield Technology Group will showcase its autonomous POD vehicle as part of Fleet Live this year.

The POD will be on a static demo display as part of Fleet Live’s Tomorrow’s Fleet Zone, an area of the show at the NEC, Birmingham, specifically dedicated to showing the latest developments and innovations with mobility, electric vehicles and autonomous vehicle technology.

The Westfield team will be on hand on both days at the two day event on October 8-9 to give a video demo to delegates and explain how the technology works, as well as answer any questions on how autonomous technology will fit into the future of fleet.

The POD is the UK’s first fully autonomous vehicle for first mile – last mile transportation. The PODs can platoon together autonomously and they were developed in conjunction with Heathrow Airport.

POD trials are currently ongoing, engaging with the general public to explore their perception, understanding and acceptance of autonomous vehicles.

The PODs navigated a 3.4km route around the Greenwich Peninsula, using advanced sensors and state-of-the-art autonomy software to detect and avoid obstacles as they picked up and dropped off passengers at four designated POD stops.

Trials have continued with the support of Department of International Trade and Centre for Connected Autonomous Vehicles.

The vehicles have been tested, trialled and showcased in Birmingham, Manchester, Lake District National Park, University of the West of England and FIlton Airfield, as well as further afield in Germany, Canada, Dubai and Australia.

Stephen Briers, Fleet News editor-in-chief, said: “Having Westfield as part of the show this year will put delegates up close with the autonomous technology that will be reshaping the automotive market in the UK in the years to come.

“These vehicles have been in commercial operation for millions of miles already so Westfield is expertly placed to answer any questions transport managers might have on the technology and its place as part of the fleet of the future.”

Julian Turner, Westfield Chief Executive Officer, said: “It’s important to be part of the show because it allows us to showcase the cutting edge of Autonomous capability of the Westfield POD, which when deployed with Fleet Management Systems can provide an innovative solution to modern transport problems.