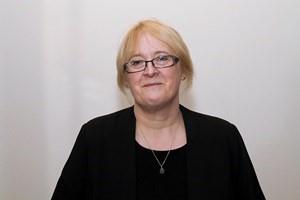 Changing driver behaviour is not an overnight process. It takes months, if not years, to instil good habits behind the wheel, even with the aid of training and telematics.

And there is a risk that that hard work could be undone if companies do not act quickly to stamp out unsafe (and illegal) behaviour which some drivers appear to have adopted during lockdown while the roads have been quiet.

Moriarty says it is “really frightening” to read police reports of drivers speeding, with many doing more than 100mph in 40mph and 30mph zones and to see drivers towing in the outside lane of a motorway.

There is also an increased risk of drug-driving, with police figures showing it is becoming more prevalent than drink-driving.

“I think because the Government temporarily relaxed things like drivers’ hours and the MOT, people just thought ‘I can do what I want now’,” Moriarty says.

“I understand why the Government did it, in terms of keeping the country moving, but I would say, particularly with drivers’ hours, you’re no less fatigued because the country needs you to be delivering something, that risk is still increased whether it makes business sense or not.

“Those things have been put back in place now, but changing behaviour takes a long time. Where people have decided it’s OK to drive everywhere at 80mph or 40mph in a 20mph zone and those sort of things, changing those behaviours needs to be done straight away because, the longer it goes on, that just becomes an entrenched, accepted behaviour for people. It is a concern.”

A further concern is that rather than being able to tackle the issue head-on, some businesses are now lacking resource, with anecdotal evidence of some transport managers being made redundant as a result of the financial impact of Covid-19.

“These fleets are still on the road,” Moriarty says. “It’s very concerning that they may not have the expertise. When you look at the increase in speeding, you need someone there controlling and making sure that people understand that speeding is not acceptable.”

Moriarty has worked in health and safety for 25 years, specialising in fleet risk management for more than 10 years and has been a magistrate for the past 16 years so has seen, first-hand, the consequences of poor driver behaviour.

She has collected numerous awards during her time in fleet, including Skanska winning Safe Fleet at the 2017 Fleet News Awards and most recently, the Kevin Storey Award for Outstanding Commitment to Road Safety at the 2019 Brake Fleet Safety Awards.

It was through Brake that she met Driive managing director Colin Hartley, who she describes as having “an absolute passion for road safety” as he previously worked as a police constable in a roads policing unit, forensically investigating serious and fatal road collisions.

“We’re like two road risk anoraks,” she says. “So when he approached me to go to work with him it was a no-brainer.”

Moriarty joined Driive at the start of May and thought she may struggle moving to the supplier side as it is a “different angle”.

However, she has found that her knowledge and understanding of what customers need has helped her in her new role.

She provides ‘high level’ consultancy with potential and existing clients, advising them of their risk areas and how to put a positive fleet risk culture in place.

Another former fleet manager and Fleet News Award winner, Stuart Wiseman, who joined Driive in 2018, acts as a transport manager for clients where none is present and will carry out activities such as vehicle acquisitions.

“It’s great because Stuart has that operational background, like me,” she says. “We know what is achievable .”

Help with the business case

Driive refuses to promise clients that they will save X amount, although it will help potential customers with the business case.

“We know the cost savings, we’ve got case studies, but we don’t want to focus on saving money – that’s not the ethos of Driive, our ethos is ‘we will lower your risk’,” Moriarty says.

Driive’s main service is driver interventions – essentially its team of fleet analysts, which are dubbed the ‘engine room’, monitor telematics data  for certain trends of behaviour such as harsh braking/accelerating or speeding and then call the driver directly to inform them of the event and advise them of the remedies that can be applied to prevent further occurrences.

The analysts also monitor daily walkaround checks and contact drivers to remind them to complete them.

Moriarty describes it as providing “the human factor”.

“The interventions for drivers are all about education,” she says. “It’s not about telling somebody off because they’ve been speeding, it’s about why it happened because I think if you’re doing something incorrectly or unsafely, the most important thing is to understand why.

“It’s easy to vilify drivers and say, ‘oh, they’re doing this and they’re doing that’ but you’ve got to look at a much bigger picture. The picture can be around what time did they start their day? Is it a feasible route? Is the scheduling right?

“But, coupled with that, is their responsibility as a driver because a driver is an ambassador for the company.”

The fleet analysts aim to make drivers understand the consequences of their actions and to think about whether an incident could have been avoided.

“People sometimes shy away from talking about consequences because they don’t want to sound preachy, but, actually, they’re the important things – the consequences to you as a driver, but also to everybody else on the road,” Moriarty says.

“I’ve always said, when I was managing the risk in big fleets, ‘if somebody else’s fleet is safer, my fleet is safer because we’re on the same road’.”

It’s a philosophy which has been applied to Driive’s new subscription model (see panel), which aims to make risk management more affordable and accessible for all fleets, recognising that company cashflows have been hit by Covid-19.

As a result of the new approach, Driive is expecting a 40% increase in business over the next 12 months.

It already has a combined database of around 80,000 drivers, but expects this to rise to more than 250,000 drivers, while the number of companies is expected to grow from about 800 to 2,500.

Partnerships are an important part of the business strategy, provided they share the same ethos.

Driive has worked with Reflex Vehicle Hire for a number of years, offering Driive with Reflex, and recently became a delivery partner for Driving for Better Business (DfBB).

Moriarty has a long history of involvement with DfBB and will be working closely with it on campaigns and sharing her industry experience and knowledge.

One such campaign is project Edward (Every Day Without A Road Death, formally known as European Day Without a Road Death), which aims to raise road safety awareness, and is backed by Highways England.

This year it takes place on September 14 and Driive and DfBB will be doing activities and providing resources for businesses throughout the week.

Moriarty is also a member of the risk and compliance committee of the newly-formed Association of Fleet Professionals (AFP), and the standards committee for Brake’s Global Fleet Champions.

She believes a positive from Covid-19 is that there is “a lot more willingness” from organisations in the fleet industry to “get together, collaborate and improve things”.

“There are lots of people with lots of knowledge in business and I think you have a responsibility to share best practice,” she says. “That’s what all fleets need to be doing.”

And, of course, that will help with the challenge of changing driver behaviour.