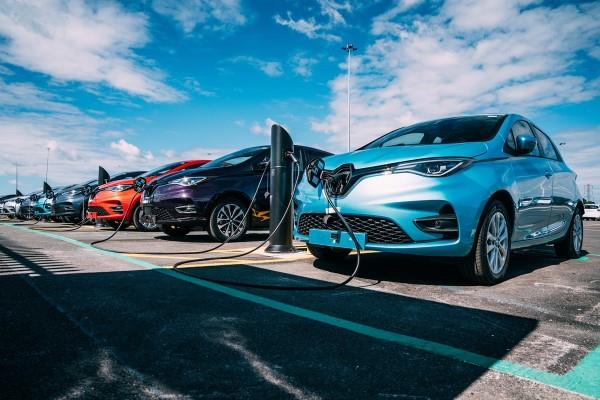 This article first appeared in the September edition of Fleet News.

Alternative fuel strategies are dominating the fleet agenda, with electric vehicles (EVs) being adopted in ever greater numbers.

But, with record electric registrations in the UK and across Europe, the fleet and leasing industry is keeping a close eye on whether supply can continue to meet demand.

“The big challenge for all leasing companies and customers is the availability of product,” said Jon Lawes, managing director of Hitachi Capital Vehicle Solutions (HCVS).

While he was quick to stress it is currently not a problem, Lawes told Fleet News: “One of the constraints to our growth would be vehicle supply and I’m worried about it.”

HCVS was involved in one of the biggest electric fleet deals of the year so far when, in July, Vauxhall received an order for 1,000 full electric vans from British Gas.

The Vauxhall Vivaro-e vans are being delivered over the next 12 months. However, the deal was met with concern by some fleets who feared it would greatly reduce availability, hampering their chances of securing their own supply of the Vivaro-e.

British Gas and its parent company Centrica, which runs 12,000 vehicles making it the third largest commercial fleet in the country, have committed to transitioning to a 100% electric fleet by 2030 under the EV100 initiative.

The order from Onto will be delivered over the next six months. It is the biggest EV fleet deal Renault UK has struck and takes the number of the all-electric supermini bought by the business to 1,300.

Renault UK fleet director, Mark Dickens, was keen to reassure fleets that such a sizeable deal would not impact Zoe’s availability for other corporate customers. “We have absolutely no issue on supply on any of our products,” he said. “The Onto deal was built into production planning at the start of the year.”

Dale Eynon, director of Defra Group Fleet Services, says lack of availability of electric and plug-in product can impact EV adoption strategies. He has seen some stock availability improve due to cancelled orders, but he believes factories across Europe are now getting back on track post-lockdown.

“Some of the big manufacturers are talking in tens of thousands, and by the end of next year, hundreds of thousands.”

Company car drivers choosing a pure EV are benefitting from a zero-percentage benefit-in-kind (BIK) rate this tax year (2020/21). This will rise to 1% the following year and 2% the year after.

Hybrid company cars are sub-divided according to zero-emission driving range. A hybrid achieving less than 30 zero-emission miles, for example, would attract 12% BIK this tax year.

Leasing companies began reporting a surge in interest in plug-in vehicles almost immediately after the new rates were announced in July 2019.

Zenith reported an even bigger surge in pure EV orders, up 211%, while Alphabet and Total Motion both reported double-digit increases.

One year on, and demand shows no sign of diminishing. David Bushnell, principal consultant at Alphabet GB, said: “Year-on-year, the electric and hybrid sector is continuing to grow at a rapid pace. In 2020, we’re starting to see more of a shift towards pure electric vehicles over hybrids, with a 124% increase of pure electric vehicle orders compared with 2019. Hybrid vehicles remain popular however, and sales have continued to rise compared with last year’s figures, up by 41%.”

Lex Autolease says a third of its orders this year have been for alternative fuels, evenly split between pure electric and hybrid.

A further third is petrol – unchanged from last year – while diesel is now just under a third (it was almost half previously).

Lauren Pamma, electrification propositions lead in Lloyds Banking Group’s motor finance and leasing division, said: “The figures suggest that the move has been away from diesel and almost equally into fully electric and hybrid.”

She continued: “As long as the fiscal environment continues to support the market, and the Government doesn’t do anything to disrupt the momentum that is just starting to build, there is only one way electric and hybrid (registrations) will go from here and that is up.”

Arval UK’s corporate EV car orders year-to-date (YTD) are running four and a half times higher than its total for 2019. Senior consultant David Watts said: “Corporate customers are really leading the charge. For some of our larger corporates, electric is the most popular fuel choice this year.

“In some of our corporate fleet customer sub-segments, we’re now seeing EV cars account for more than 40% of orders.”

He added: “Before the Government made its announcement on BIK in July 2019, our order take was relatively static for EVs.”

Alison Bell, marketing director at Venson Automotive Solutions, believes that, alongside new BIK rates, more models from manufacturers, increased confidence in the technology and greater availability of charging points are all key drivers in the uptake of the technology.

This year, almost one-in-10 (9%) of its company car orders have been fully electric and a third (33%) hybrids.

“These percentages may have been one or two percentage points higher at this point were it not for the Covid affect, which has, in some cases, delayed vehicle orders as organisations decide their next steps for the rest of the year,” said Bell.

Year-on-year, Venson has seen orders for pure electric and hybrid cars increase compared with the same period last year. Pure electric orders have risen 1%, while hybrid orders have increased by 19%.

Tim White, national fleet sales manager at Kia, which produces the pure electric Kona and Ioniq models, said the “dramatic rise” in demand for EVs had been driven by a number of factors, including by businesses looking to “reduce, re-coup and analyse cost-saving through fleet”.

PHEVs, typically, have had a longer lead time due to the battery component part availability for the vehicles, according to Bell.

However, she said: “We have seen all manufacturers introducing a PHEV derivative to their model range which has meant lead times have improved slightly. But, generally, they still take longer than standard petrol/diesel models.

“Our view is that lead times will continue to improve as PHEVs become a more standard aspect of the factory-build schedule.

“Typically, the lead times depend on the manufacture and/or volume of orders in their pipeline. If the diesel/petrol vehicle is available to order, the average lead time is roughly 12-14 weeks. For PHEVs it can be in the region of 22-24 weeks’ lead time, on average, if there aren’t any stock vehicles available.”

Manufacturers report that lead times for many electric models range from a matter of weeks to a few months. Lead times for the Vauxhall Corsa-e, Peugeot 3008 and 508 hybrids are around two months, for example, with vehicles delivered in November if ordered now.

Peter McDonald, fleet director at Nissan GB, also confirmed a two-month wait for the Nissan Leaf. He said: “Leaf orders can be fulfilled very promptly, because the car is built here in the UK, at Nissan’s Sunderland plant.

“It’s fair to say that models equipped with our high-performing 62kWh battery are more freely available than those with the standard 40kWh set-up. But orders of cars with any trim level and battery combination can usually be fulfilled within a two-month timeframe.”

Meanwhile, the C5 Aircross hybrid, DS3 and 7 E-Tense, and Vauxhall Grandland X Hybrid have even shorter lead times with October delivery. The Kia E-Niro can be delivered in three weeks.

Andrew Jago, general manager, fleet and business at Jaguar Land Rover UK, said almost 3,500 units of the I-Pace had been delivered between the start of the year and August – up more than 44% on the same period last year.

“Fleet and business channels account for 80% of I-Pace sales, with two-thirds of customers being user-chooser or salary sacrifice,” he said.

Factory orders placed in September will be delivered before the end of the year.

Analysis by Jato Dynamics shows record-breaking EV registrations across Europe in July. Hybrid and fully electric cars were up 131% year-on-year to 230,700 – the first time they have exceeded 200,000 units.

In the UK, the latest sales data from the Society of Motor Manufacturers and Traders (SMMT) showed mild hybrid petrol engines were the most popular alternative powertrain choice in August, overtaking hybrids with more than 6,500 registrations.

Sales of plug-in hybrids increased by 221.1%, although they still only accounted for one-in-30 sales.

Registrations of battery electric cars (BEVs) increased by 77.6% in the month, accounting for 6.4%. However, BEVs make up just 4.9% of registrations YTD.

Paul Hollick, chair of the Association of Fleet Professionals (AFP) discusses how events have combined to create tipping point for increased adoption of EVs and availability concerns. Click here to read more.

This article first appeared in the September edition of Fleet News.

Find out more about EVs & PHEVs at Fleet & Mobility Live. Click here to see how EVs will take a starring role at this year's VIRTUAL show.