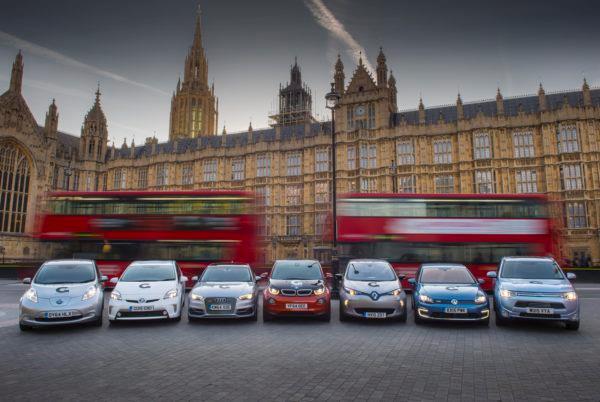 The Government says that company car drivers choosing a pure electric vehicle will pay no benefit-in-kind (BIK) tax in 2020/21.

In its long-awaited response to its review of WLTP and vehicle taxes, to which Fleet News is listed as a respondent, HM Treasury has binned the previously published BIK rates for 2020/21.

HM Treasury says that for cars first registered from April 6, 2020, most company car tax rates will be reduced by two percentage points.

That means for a pure electric vehicle with zero tailpipe emissions, company car drivers will be taxed at 0%, paying no BIK tax at all.

Furthermore, the zero percentage rate is also extended to company car drivers in pure electric vehicles registered prior to April 6, 2020, who were already looking forward to a much reduced rate of 2% for 2020/21.

The 0% rate will also apply to company cars registered from April 6, 2020, with emissions from 1-50g/km and a pure electric mile range of 130 miles or more.

However, company cars registered before April 6, 2020, with emissions from 1-50g/km and a pure electric mile range of 130 miles or more attract a 2% BIK rate in 2020/21 and stay the same for the two subsequent tax years.

From 2023/24, fleets will have one BIK tax table again as the rates are realigned.

The Government says that “by providing clarity of future the appropriate percentages, businesses will have the ability to make more informed decisions about how they make the transition to zero emission fleets”.

It added: “Appropriate percentages beyond 2022-23 remain under review and will be announced at future fiscal events.

“The Government aims to announce appropriate percentages at least two years ahead of implementation to provide certainty for employers, employees and fleet operators.”

Ashley Barnett, head of fleet consultancy at Lex Autolease, said: “The lack of clarity on the long-term tax regime for company cars has severely hampered uptake, clearly reflected in the most recent car registration figures from the SMMT and the reduction in the number of people paying company car taxation.

“Today’s announcement gives a degree of much-needed certainty to company car drivers and fleet managers. Coupled with the EV infrastructure announcement, it is a welcome sign of the Government’s commitment to stimulating company car uptake and getting newer, cleaner vehicles on the roads, a vital part of its Road to Zero strategy.

“The freeze on BIK for vehicles under NEDC at 2020-21 levels for two years is also welcome news for the fleet industry. This, coupled with RDE2-compliant diesel vehicles being exempt from the 4% diesel supplement, gives clear foresight for company car fleet decision makers.”

The fleet industry was asked earlier this year to respond to a series of questions around whether vehicle tax changes are required once the new emissions testing regime, WLTP, is adopted for tax purposes from April 2020.

Initial evidence provided by manufacturers suggested that more than 50% of cars will see an increase from NEDC-correlated emissions values to WLTP of between 10% and 20%. Fleet News had seen increases as high as 30% in some cases.

For company car drivers and fleet operators choosing a new car from April 2020, this could have resulted in an increased tax liability, compared to an identical model. The Government hopes this new approach avoids that anomaly.

The 4% diesel premium on published BIK rates remains, but cars classed as RDE2 will still be exempt from the charge.

BVRLA director of policy and membership Jay Parmar said: “Recognising the value of the company car market in supporting the transition to zero emission technology is a positive endorsement for our sector, showing refreshing alignment between Government’s environmental and fiscal policies.

“The Treasury is giving back some of the unfair company car tax windfall it was set to receive as a result of WLTP and providing some essential extra visibility on future tax costs for those looking to order their next vehicle. This is a good day for company car drivers and our members.”

He said: "It recognises the important role that businesses and employees play in the transition to ultra-low and zero emission vehicles.

"From a fleet perspective, it adds a layer of complexity which decision makers will need to understand the operational impacts of prior to communicating with their employee community.

"On an optimistic note, the announcement of 0% BIK tax rates for pure battery electric vehicles from April 2020 - followed by 1% in April 2021 and 2% in April 2022 - could see a renaissance for the company car and give us real momentum on the road to zero.

"Let’s also remember that plug-in hybrids are still a vital tool for the transition towards mass electrification for many organisations and although they will benefit from this 2% BIK reduction, we hope to see further practical and financial support for these vehicles in the Autumn Budget."

He continued: "It seems that Government has also listened to the voices of industry, business and consumers over recent years and provided some clarity on company car taxation up to April 2023.

"We look forward to further details being published on Thursday but on the face of it this is a hugely positive move for electric vehicles in the UK."

The news was similarly welcomed by Zenith. Claire Evans, head of fleet consultancy at Zenith said: "It is especially pleasing that the electric rate has been reduced for electric cars to zero benefit-in-kind tax (BiK) in 2020 with a commitment to low tax rates for the following two years, which see a year-on-year 1% increase.

"No doubt with the ever-increasing releases of hybrid, plug-in and electric cars this commitment to lower tax will provide attractive cost options for perk company car drivers, particularly those paying higher rate tax, or for employees with the option to obtain a new, clean, cost-efficient car through a salary sacrifice car scheme.

"Whilst for some cars the move to WLTP may still result in a higher company car tax after the announced 2% reduction, it is important to remember that the cleanest RDE2 compliant diesels will also see a fall of 4%, meaning that clean diesel cars will see an overall reduction in company car tax from April 2020. Great news for businesses where diesel is still the most efficient option for drivers who complete higher mileages.

"Today's announcement is a clear sign that Government recognises the pivotal role fleet vehicles play in achieving the objectives set out in the 'Road to Zero'."

Today’s changes, however, do not affect the lease rental restriction, capital allowances or any other CO2 related taxes and incentives, but will include fuel benefit charge.

The Government says that existing vehicle excise duty (VED) rates – also not part of this review – will stay the same from April 6, 2020, despite the introduction of WLTP values for tax purposes from this date.

The Government says that a call for evidence for VED will be published later this year, seeking views on moving towards a “more dynamic approach to VED”, which recognises smaller changes in CO2 emissions.

Will the 0% BIK rate for pure EVs persuade you to make the switch? Have your say in the Fleet News poll.